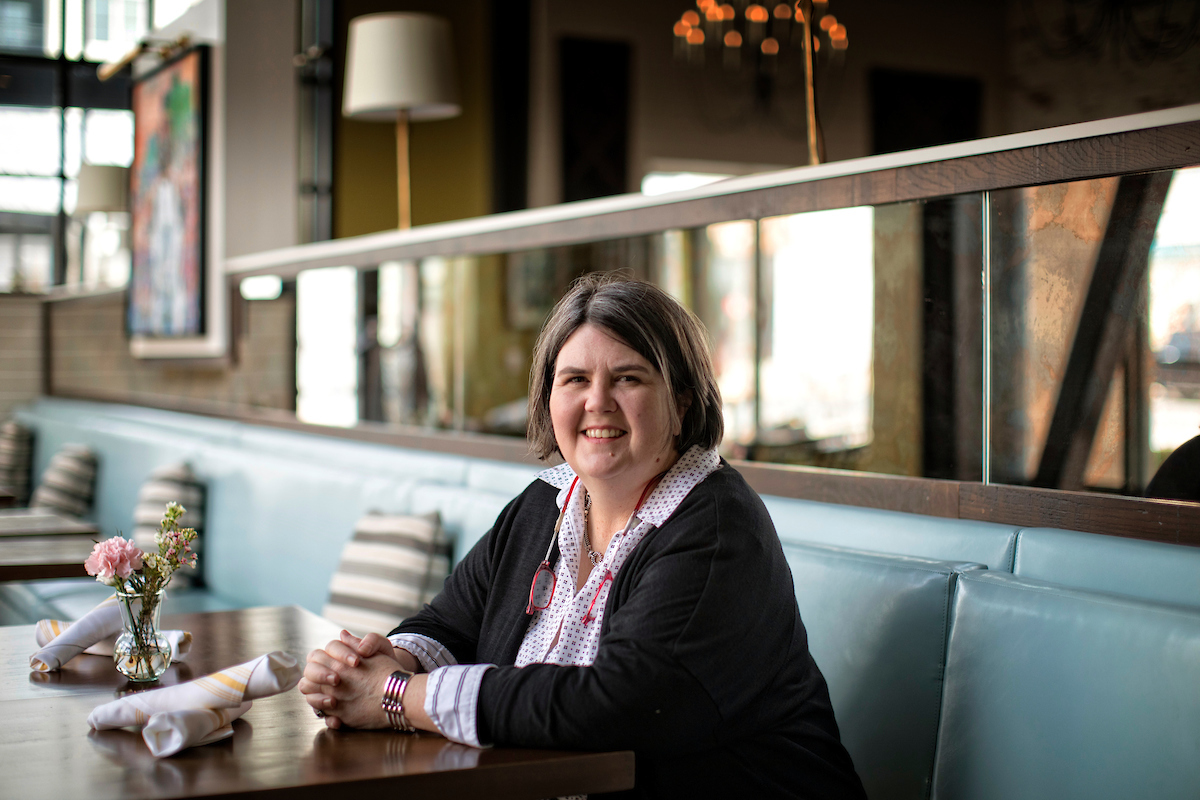 by Danielle Donham and University Press of Kentucky

Kentucky restaurateur and University of Kentucky alumna Ouita Michel has released her first cookbook, “Just a Few Miles South: Timeless Recipes from Our Favorite Places,” stuffed with recipes celebrating the Bluegrass, just in time for the Kentucky Derby.

Authored by Michel, Sara Gibbs and Genie Graf with a foreword by Silas House, this extensive collection is sure to satisfy your cravings with recipes from the unique but familiar cuisine that Michel is known for.

For 20 years, diners in the Bluegrass have been able to satisfy their cravings for Ouita Michel's sustainable, farm-to-table cuisine at her acclaimed restaurants.

At each of her many restaurants — from Wallace Station to Holly Hill Inn — diners can enjoy traditional Southern staples like buttermilk biscuits, country ham, and po'boy sandwiches, or opt for special variations on international favorites and American classics.

Now, readers around the country can experience what makes Ouita Michel a culinary and cultural treasure. “Just a Few Miles South,” published by the University Press of Kentucky, serves up the recipes that patrons have come to know and love, including the Bluegrass Benedict breakfast sandwich, Ouita's Sardou panini, Wallace Station's creamy chicken and mushroom soup, and Honeywood's hoecake burger.

Some dishes offer creative twists on classics, like the inside out Hot Brown, the Wallace Cubano or the Bourbon banh mi. Throughout, the chefs responsible for these delicious creations share the rich traditions and stories behind the recipes. When you can't get down to your favorite place, this book will help you bring home the aroma, the flavors, and the love of fresh foods made with locally sourced ingredients — and share it all with friends and family.

While at UK, Michel majored in political science in the College of Arts and Sciences, participated in the honors program (now the Lewis Honors College) and was a member of the first class of the Gaines Center for the Humanities Fellowship program. She was also a member of the debate team (housed in the College of Communication and Information), and became the second woman to win a national debate championship in 1986.

Michel is a six-time James Beard Foundation Award nominee, including nominations for Outstanding Restaurateur and Best Chef Southeast. Michel and her restaurants are regularly featured in local and national media. She lives in Midway, Kentucky.

Sara Gibbs is a chef as well as a recipe writer and editor. She lives in Central Florida.

Genie Graf is the special projects director at the Ouita Michel Family of Restaurants. She is a graduate of the UK College of Communication and Information and lives in Midway, Kentucky.

The University Press of Kentucky is the scholarly publisher for the Commonwealth of Kentucky, representing a consortium that includes all of the state universities, six private colleges and two historical societies. The press’s editorial program focuses on the humanities and the social sciences. Offices for the administrative, editorial, production and marketing departments of the press are found at the University of Kentucky, which provides financial support toward operating and publishing expenses.​